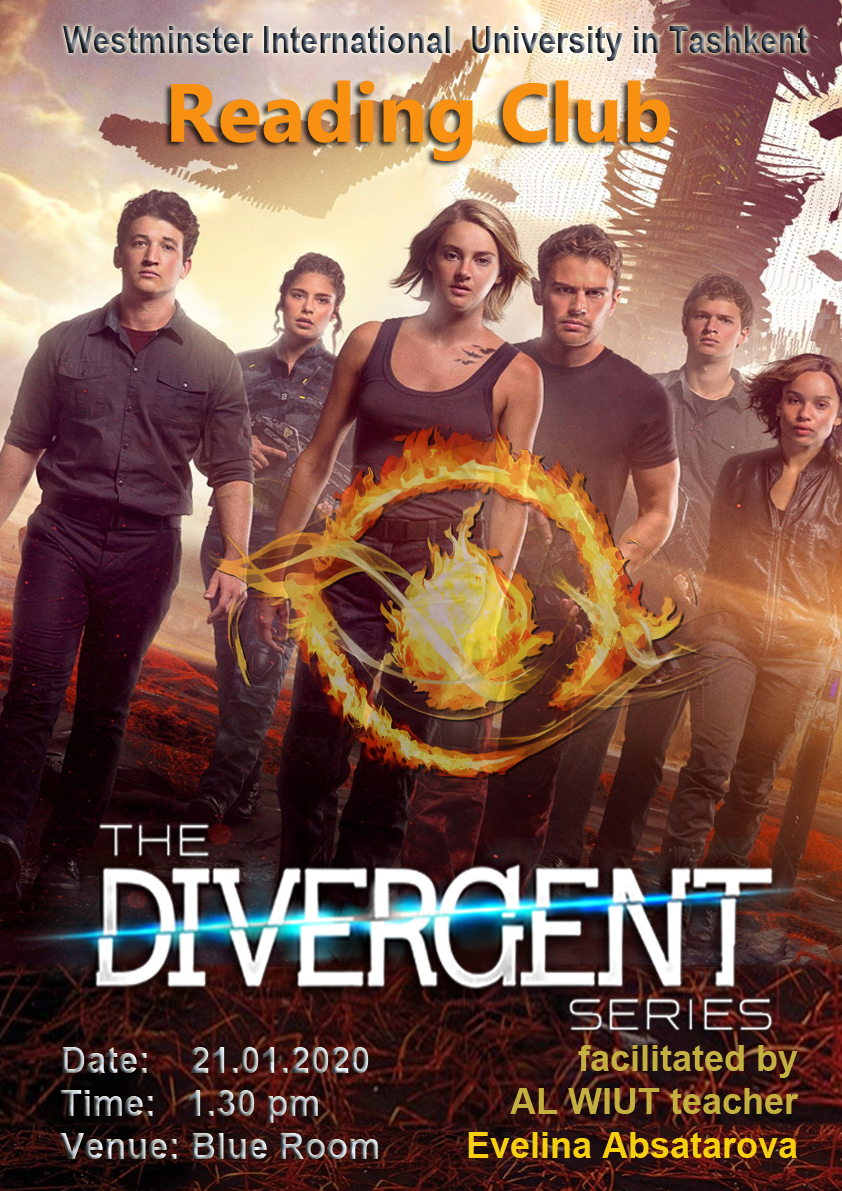 
Divergent is the debut novel of American novelist Veronica Roth, published by Harper Collins Children's Books in 2011. The novel is the first of the Divergent trilogy, a series of young adult dystopian novels set in a Divergent Universe. The novel Divergent features a post-apocalyptic version of Chicago and follows Beatrice "Tris" Prior as she explores her identity within a society that defines its citizens by their social and personality-related affiliation with five factions, which removes the threat of anyone exercising independent will and re-threatening the population's safety. Underlying the action and dystopian focused main plot is a romantic subplot between Tris and one of her instructors in the Dauntless faction, nicknamed Four. (Wikipedia).


The book is available through this link